In the event that any staff member or volunteer observes inappropriate behaviors (i.e., policy violations), suspected physical or sexual abuse, or misconduct, it is the personal responsibility of each staff member and volunteer to immediately report his or her observations to a senior coach or a senior member of the CLCR Board (President, VP, Treasurer, or Secretary).

CLCR is committed to creating a safe and positive environment for athletes’ physical, emotional and social development and to ensuring that it promotes an environment free of misconduct.

Staff members and volunteers should not attempt to evaluate the credibility or validity of child physical or sexual abuse allegations as a condition for reporting to appropriate law enforcement authorities. Instead, it is the responsibility of each staff member and volunteer to immediately report suspicions or allegations of child physical or sexual abuse to an immediate supervisor, CLCR’s senior board or a CLCR coach.

CLCR recognizes that the process for training and motivating athletes will vary with each coach and athlete, but it is nevertheless important for everyone involved in sport to support the use of motivational and training methods that avoid misconduct.

Staff members, volunteers, athletes and participants shall refrain from all forms of misconduct, which include:

Note concerning peer-to-peer child sexual abuse:  Sexual contact between minors also can be abusive. Whether or not a sexual interaction between children constitutes child sexual abuse turns on the existence of an aggressor, the age difference between the children, and/or whether there is an imbalance of power and/or intellectual capabilities.

Examples of emotional misconduct prohibited by this policy include, without limitation:

Physical misconduct does not include professionally-accepted coaching methods of skill enhancement, physical conditioning, team building, appropriate discipline or improving athlete performance. For example, hitting, punching, and kicking are well-regulated forms of contact in combat sports, but have no place in swimming.

Examples of physical misconduct prohibited by this Policy include, without limitation:

(a) punching, beating, biting, striking, choking or slapping an athlete;

(b) intentionally hitting an athlete with objects or sporting equipment;

(c) providing alcohol to an athlete under the legal drinking age (under U.S. law);

(d) providing illegal drugs or non-prescribed medications to any athlete;

(e) encouraging or permitting an athlete to return to play pre-maturely following a serious injury (e.g., a concussion) and without the clearance of a medical professional;

(f) prescribing dieting or other weight-control methods (e.g., weigh-ins, caliper tests) without regard for the nutritional well-being and health of athlete.

Note: An imbalance of power is always assumed between a coach and an athlete.

Types of sexual misconduct include:

Examples of sexual misconduct prohibited under this Policy include, without limitation:

Bullying does not include group or team behaviors that (a) are meant to establish normative team behaviors, or (b) promote team cohesion.

For example, bullying does not include verbal admonitions to encourage team members to train harder and to push through a difficult training regimen.

Examples of bullying prohibited by this Policy include, without limitation:

Examples of harassment prohibited by this Policy include, without limitation:

Hazing does not include group or team activities that (a) are meant to establish normative team behaviors or (b) promote team cohesion.

Examples of hazing prohibited by this Policy include, without limitation:

Although these policies are designed to reduce child sexual abuse and other misconduct, it can still occur. Staff members, volunteers and participants of CLCR shall follow the reporting procedures set forth in CLCR’s Reporting Policy. CLCR does not investigate suspicions or allegations of child physical or sexual abuse, or attempt to evaluate the credibility or validity of such allegations, as a condition of reporting suspicions or allegations to the appropriate law enforcement authorities.

Violations of the Athlete Protection Policy shall be reported pursuant to our Reporting Policy and will be addressed under our Disciplinary Rules and Procedure. 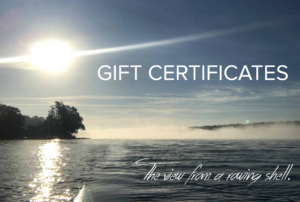